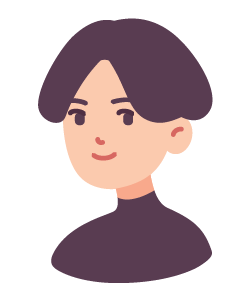 Once you have a paved driveway, you'll wonder how you ever got by without one. Pavement is so much easier to sweep in the summer and to shovel in the winter. It does not require a lot of maintenance, and it won't leave debris in your yard like a gravel driveway. Most people hire professionals to install pavement in their yard, but you should still know the basics. On this website, you will find information about choosing a paving contractor, designing a driveway, and applying sealant to your pavement. You'll also learn about common terms that paving contractors use when discussing projects.

Erosion is a sometimes overlooked but serious problem for a paved parking lot. When uncontrolled, erosion can destroy a paved surface and, as a result, leave you with significant repair or replacement costs. It's important to know what types of problems erosion can cause and how to avoid them.

Moisture on the Ground

Erosion is directly linked to moisture. Paved surfaces, such as asphalt, are not intended to absorb water. Instead, moisture on the surface will rest and pool on top of the surface. Asphalt surfaces are already prone to damage due to oxidation, which is a deterioration process, of sorts.

However, when water rests on the surface for prolonged periods, it speeds up the oxidation rate and ultimately shortens the lifespan of the pavement. While precipitation, such as rain and snow, can contribute to a moisture problem, an under-performing drainage system around the paved area can also be a contributing factor.

The oxidation process leads to deterioration, but before the surface completely fails, there are tons of other issues that can occur. For example, the pavement will be at a greater risk of developing potholes, which can cause damage to vehicles and even pose a safety hazard for people walking around the parking lot.

It's impossible to keep moisture off of your paved surface, as you can't predict the weather. However, seal coating can help. Seal coating is a protective measure that creates a barrier between moisture and the paved surface. As a result, when moisture rests on the surface, it does not come in contact with the pavement. Paved surfaces should be seal coated at the initial installation and every so many years thereafter.

Keep in mind that if the source of your erosion damage is the result of a poor drainage system, seal coating alone won't be enough to solve the problem. You need to first address the drain concern and then have the pavement seal coated for the best long-term solution.

If you have concerns about erosion and your paved parking lot, make the matter a priority. Failure to address the issue will only lead to greater problems. Speak with a parking lot paving contractor for assistance.